We explore the barriers women have experienced in the psychedelic industry, as well as the contributions they've made to our current knowledge. 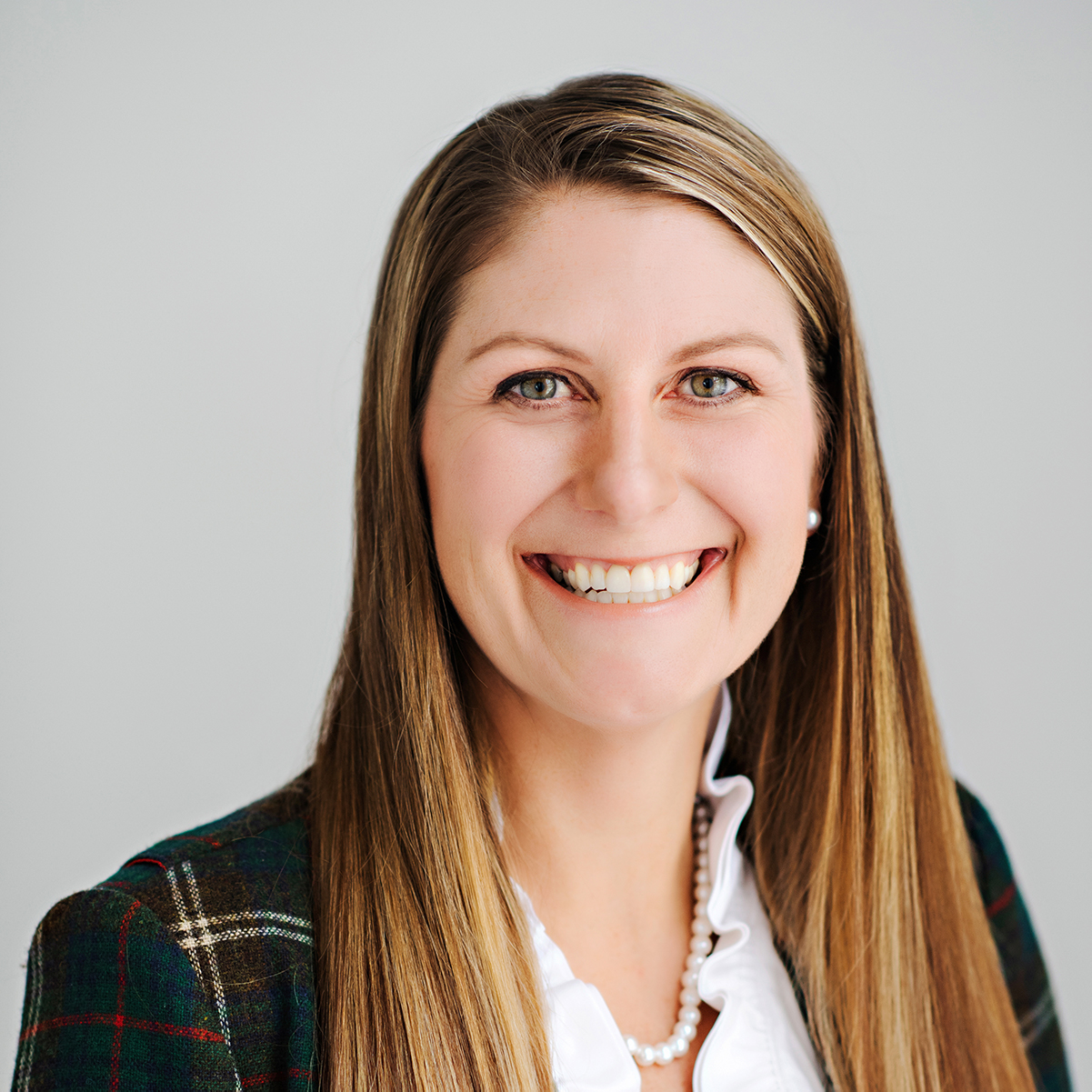 Kelsey is the President & CEO of life-sciences company Mind Cure Health Inc., where she leads an innovative team providing psychedelic-assisted therapies. She has built multiple 8-figure businesses from the ground up and has twice been named Canada’s Top Female Entrepreneur. 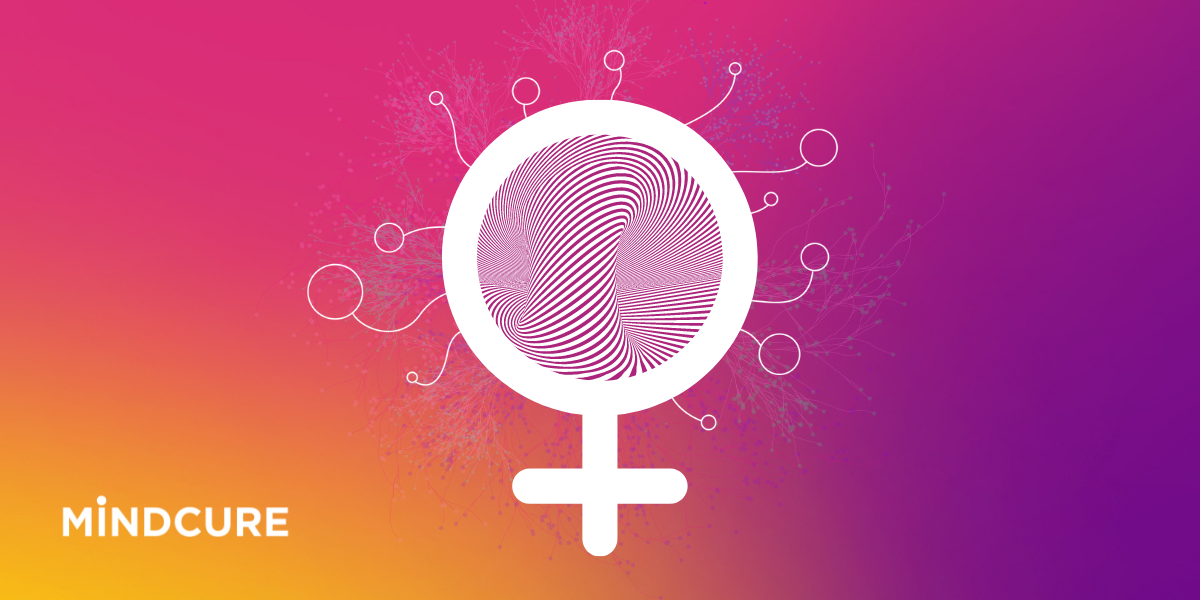 In her talk "The Call to Courage," Brené Brown explained the fastest way to get a curious neighbor seated next to her on an airplane to lose interest in her and to look the other way. She simply had to tell him/her what she did for a living. Brown studies shame — shame. The word alone is enough to stifle a seat-mate's curiosity. Shame is one of those uncomfortable topics best left taboo — why not just discuss the weather?

I find myself in a similar position when I drop the word psychedelics. Pair it with "mental health" and it's a double whammy. While this field of work is guaranteed to elicit an emotion — curiosity first and foremost, the truth is, not everyone pursues their curiosity. Many do indeed turn the other way. And hence, the world of psychedelics exists, for many, as a colorful and trippy world for the existential hippie.

But what if you flip the order of the conversation from, "Hi there, I'm Kelsey Ramsden, CEO of MINDCURE, a mental health company investigating therapeutic uses for psychedelic drugs," to "I'm Kelsey Ramsden, two-time winner of Canada's Top Female Entrepreneur." The average interlocutor no longer turns the other way. Rather, I've gained their respect. Labels, awards, and publicly recognized honors are like a warm blanket. I'm suddenly safe. In my mind, I've just built a platform on which to throw a curveball — more on that later.

Labels aside, I want to pay homage to said platform, like the one I've built which stands upon the shoulders of many women before me. Women who have accomplished incredible work and research in psychedelics, women who were vilified in much more severe ways than risking an airplane seat-mate to turn the other way. And what better time to talk about women pioneers of psychedelics than during International Women's Month?

Let's go way back. I'm talking about Adam and Eve. Our girl Eve was described in a book review by Patricia C. Morningstar, PhD, as "the first drug user, abuser, and law defier, since eating the forbidden fruit … approximating the effects of a sacred drug plant that temporarily produces feelings of cosmic perspective." In other words, she consumed a controlled substance to alter her cognition and then was punished for it.

Did we fall so far from the tree?

Eve was curious, brave, a survivalist. Indeed, a necessary toolkit to make it in the early days. Survivalism aside, for many cultures, past and present, psychedelics have been used to induce a kind of rebirth. When we start to acknowledge such powerful uses for psychedelic substances, it's hard to fathom the stigma that overtook psychedelics over the past 60 years.

Well, let's call it a hiatus. Eve, as a woman taking the first steps into a mind-altering substance, is not alone. The accomplishments of our predecessors are not wasted. Their legacy lives on with the women leading the renaissance of psychedelic research.

We'll get to those women in my next piece. First, I want to talk about what was holding them back.

The Barriers for Women in Psychedelic Research

Let's first point out the obvious: Women faced the challenge of gender discrimination that discouraged their presence in education, career options, and other spheres dominated by men.

For example, researchers looked at LSD as a potential treatment for alcoholism. But since gender segregation prevented women from attending pubs even into the 1970s, men developed alcoholism more rapidly. This resulted in men owning the space of LSD-assisted therapy for alcoholism.

Additionally, women in "child-bearing years" were discouraged and excluded from participating in clinical trials for fear of risking their bodies' reproductive abilities. You know the drill, send 'em back home where they can clean and produce offspring.

Of course, these reasons hint at the societal context and misconception that positioned women as lesser beings who were just not smart enough for life sciences (a.k.a., "men's work"). Many women involved in research co-authored their findings with men or worked behind the scenes, hiding their names and sacrificing deserved credit to improve the study of psychedelic substances.

In our current psychedelic renaissance, we're looking to them.

Behind the Scenes: Wives of Psychedelia, a Framework for Guides & Sitters

Remember when the majority of homes were single-family income because women were at home? Of course you do, because it wasn't that long ago. Historian Erica Dyck, PhD, explains in an interview how this arrangement allowed for men and women to contribute to the husband's role. Dr. Dyck claims that "Women were almost always involved in the counseling sessions, recruitment, etc., but are very rarely identified in the published work. The legacy of that history continues to distort our understanding of who does the work, and what kind of work is valued."

Wives provided feedback, took notes, and even participated in psychedelic experiences. Laura and Ellen Huxley, Mary Agnew, and Rose Hoffer comforted their husbands, participated in critical reflections, and set the framework for hallucinogenic guides and sitters. While these roles were behind the scenes, they were crucial nonetheless.

The Price of Risk: Maria Sabina

We can't celebrate the benefits of psilocybin without keeping the memory of Maria Sabina alive. Everything we know about magic mushrooms, we owe to her. And yet, hers is a tale of a witch hunt akin to those in Salem.

Maria Sabina, knowing the precarious line she straddled, was reluctant to share her knowledge of magic mushrooms with Valentina and Robert Gordon Wasson in 1955. The couple later presented it in 1957 via Robert Wasson's Life Magazine photo essay "Seeking the Magic Mushrooms" and Tina's This Week interview, "I Ate the Sacred Mushrooms."

The good news? Sabina's openness brought psilocybin and psilocin into the spotlight. Albert Hoffman, the father-slash-actual discoverer of LSD, turned his attention to these substances for further studies.

The bad news? Despite the Wassons' use of the pseudonym Eva Mendez to protect her identity, Westerners found Sabina, abused her practices, and, according to Sabina, spoiled the mushrooms' powers. Sabina was arrested and imprisoned, her home burned, and her son murdered — all for sharing the "velada" purification ritual with foreigners. See what I mean about Salem?

And yet, if not for Maria Sabina, you likely wouldn't be reading this article, let alone getting to know psilocybin. She was an Eve in her own right — curious that her pseudonym was Eva.

There's no doubt Maria would have made plenty of people on the airplane uncomfortable were she to start talking about her work. It's the disruptors that are the issuers of change, and there are plenty more women to celebrate. Stay tuned for part two of this series, where I shed light on more women pioneers of psychedelics.

Mental health and psychedelics have carried their own stigmas, being labelled taboo in cultures around the world. On top of the already restrictive taboos, women in these industries have fought against social divisions in order for their voices to be heard. With determination and courage, women have brought about amazing changes to mental health.

MINDCURE’s Desire Project, which focuses on bringing solutions to market for Hypoactive Sexual Desire Disorder (HSDD) in premenopausal women, seeks to continue this legacy. By leveraging the voices of those traditionally silenced, we’re starting the conversation around the connection between women’s sexual and mental health. 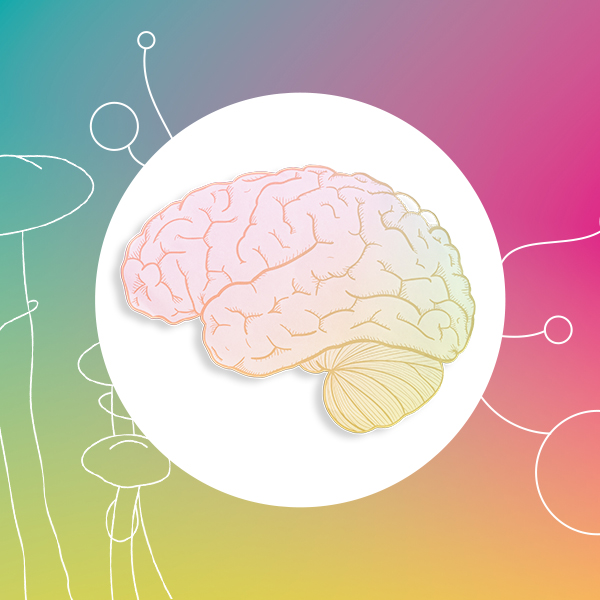 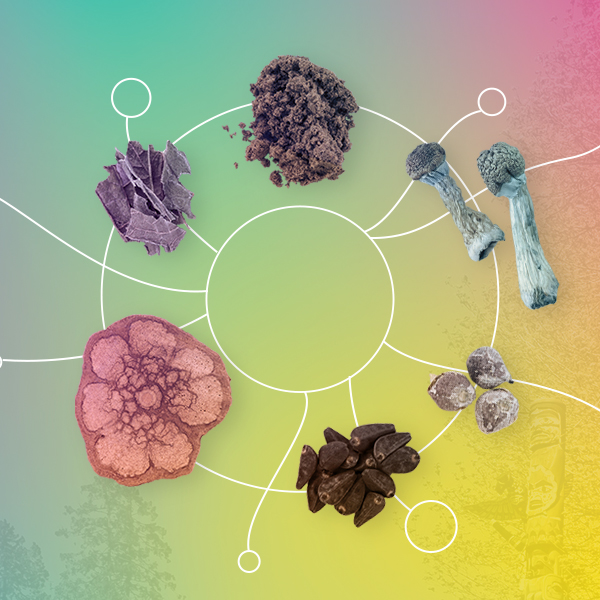