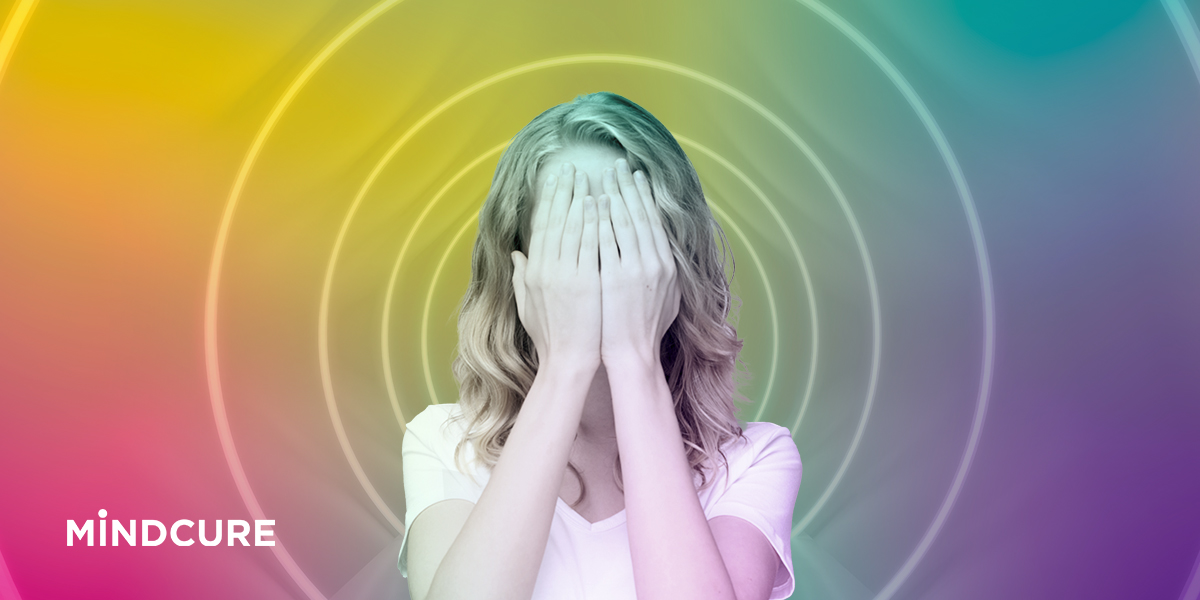 Why Are People Afraid of Psychedelics?

Are psychedelics intrinsically bad because they’re illegal? Do they turn people into erratic, violent monsters? If you’ve read our post on the stigma affecting psychedelics, you’ll know how flawed that ideology is. Yet, it’s an opinion held by so many, despite the therapeutic powers that psychedelics harness.

Fear of psychedelics peaked in the 1960s — a time when access to recreational psychedelics and a counterculture that rejected war and authority seemed to grow in correlation. In fear of abandoning civility and societal control, governing bodies outlawed psychedelics, including many promising research programs.

As a result, researchers are now playing catch-up to understand the abilities and risks of psychedelics, as well as to develop protocols for safer and more effective use in clinical studies and psychotherapy.

In this article, we’ll dig into the different contributors to the fear around psychedelic drugs in order to promote safety and highlight the concerns of merit.

The Fear of Taking Psychedelic Drugs

The topic of psychedelics tends to make people blush or go wide-eyed — in some places, this is the care still for marijuana. What makes people afraid of psychedelics?

‍Fear of Getting the Wrong Goods

For some, fear arises from sourcing, purchasing subpar, unknown, or unwanted products from strangers. Without regulations, these risks are very real for substances like ecstasy and molly, both street drugs that many assume to be pure MDMA, but are often cut and mixed with other drugs and substances.

‍Fear of Being Under the Influence

Others may fear the altered state of consciousness — the temporary impairment, unfamiliarity, increased anxiety, affected motor skills, nausea, and possible hallucinations. It’s the fear of the unknown, including the duration of the trip. These concerns are based on an accurate understanding of some of the effects of drugs like psilocybin, MDMA, and LSD. Ye, some of these fears are incentives for others — an exploration into the unfamiliar, through the doors of perception.

‍Fear of Long-Term Effects on the Body & Mind

Researchers consider psychedelic drugs physiologically safe. While they don’t lead to addiction or dependence, and no overdose deaths have occurred from “typical doses” of LSD, psilocybin, or mescaline, researchers are studying the long-term effects of psychedelics on the mind and body. Studies show many positive long-term effects, such as a sustained “openness” to others’ viewpoints and enhanced relationship with nature, along with several medicinal benefits for issues like addiction, pain, depression, trauma, and anxiety.

The Risks & Side Effects of Psilocybin, MDMA, & LSD

We could talk about the dangers of misinformation, fear mongering, and stigma all day. However, while psychedelics are proving to be powerful tools for spiritual and mental healing, certain psychedelic substances can involve plenty of risks and side effects that warrant attention. Here is what the science says about the dangers of psilocybin, MDMA, and LSD.

Psilocybin is the psychedelic substance that makes magic mushrooms so magical. It contains a very low toxicity level, no direct lethality, and no withdrawal symptoms with chronic use. Studies and clinical trials show that careful screening, preparation, monitoring, and professional administration of psilocybin in a clinical setting prevents psychological distress and behavioral issues.

However, research also shows that when using multiple doses during the same session, or when mixing it with other substances, psilocybin has been linked to some “long-term negative outcomes,” with single high doses tied to medical emergencies. The drug’s ability to impair one’s judgment could lead to negative outcomes when put in a position that does not support one’s safety, such as operating machinery or driving.

Possible Side Effects of Using Psilocybin:

MDMA (3,4-methylenedioxymethamphetamine) promotes feelings of euphoria, energy, sociability, sensations, and sexual arousal. While it may also be known as ecstasy or molly, such street drugs are often mixed with other substances, inflating the risks of unwanted reactions.

As is the case with other psychedelics, setting and climate can greatly affect how a person reacts to MDMA. Compared to psilocybin, MDMA can affect one’s physical well-being. This is especially true in clubs or raves where ventilation is poor, hydration is low, and alcohol and other drugs are used. Without considering these factors, people who use MDMA can experience kidney (renal) failure, irregular heartbeats (arrhythmias), body temperature issues (hyperthermia), blood clots (DIC), and liver damage.

While MDMA has several safety concerns and lethal potential, many issues arise from regulatory issues, recreational use without a controlled set and setting, and the use of MDMA with other substances.

LSD (lysergic acid diethylamide), or acid, has been called one of the greatest tools for the exploration of consciousness.

LSD comes on like a daydream. Its effects include enhanced sensory perception, elevated mood, accelerated and broadened thoughts (around meaning, relationships, objects). Psychedelic researchers claim that LSD strengthens memory and suppresses the ego. Medically, it shows potential in treating depression, anxiety, PTSD, dependency issues, and fear of death for people with terminal illnesses.

Researchers claim that serotonergic psychedelics, such as LSD, have a solid safety profile when they’re administered in carefully controlled clinical settings.

LSD has low physiological toxicity and dependence, no physical withdrawal symptoms, and no evidence of organ damage even at very high doses. The increase in excitement and activity can lead to harm for those with cardiovascular disease, pregnancy, epilepsy, and psychosis.

Possible Side Effects of Using LSD:

What Is a Bad Trip?

In recreational use (which excludes microdosing and psychedelic-assisted therapy), a trip is more or less the point. A trip can be pleasant or fun, but it can also very likely be disturbing, uncomfortable, or else pretty unpleasant. Among various qualities, one of the reasons psychedelics are so effective as tools in psychotherapy involves the opportunity that they create to confront traumas, repressed memories, and ignored issues. So, it’s possible that some of that can come up to harsh one's mellow.

This is what’s known as a “bad trip” or dysphoria. It occurs in around 20% of recreational uses. Often depicted in pop culture as hallucinations and confusion, a bad trip can be terrifying, all thanks to the same psychological effects that users expect to experience.

A bad trip may vary depending on the substance and dosage. According to a comparative review of hallucinogens, a bad trip on psilocybin can involve feelings of “anxiety, mania, delirium, psychosis, acute schizophrenia, [and] collapse of the self.” Such feelings of losing one’s mind depend on the mood of the individual and "set and setting" where the psychedelic experience is taking place.

In order to avoid a bad trip, researchers suggest avoiding psychedelics if psychotic and psychiatric disorders run in the family, designating a safe environment with trusting participants, and involving informed and prepared guides to monitor and support participants throughout a psychedelic experience.

Psychedelics are incredibly powerful spiritual and mental healing tools with the power to alter one’s mind in various ways, including interrupting habits, perspectives, and even personalities.

Approved researchers and clinicians must take into account several factors before administering a psychedelic substance, including the toxicity of the substance, any preexisting conditions of the patients, dosage, set and setting, the patient’s mood, and the list goes on.

Psychedelic therapy involves a large, approved dose of a psychedelic medicine that’s administered by a professional in an approved clinical space, with strategic monitoring and guidance.

Importantly, researchers and clinicians believe the key to healing is not the medicine — psychedelics act as a vehicle to allow individuals to become more susceptible and open to therapeutic guidance in therapy as they face traumas, mindsets, and root issues to their suffering.

Click here to find out more about how psychedelics can heal the world.