In the community of psychedelics, “death” is revered. Find out more about the different kinds of death you can experience with psychedelics and why they are important to your mental wellness journey. 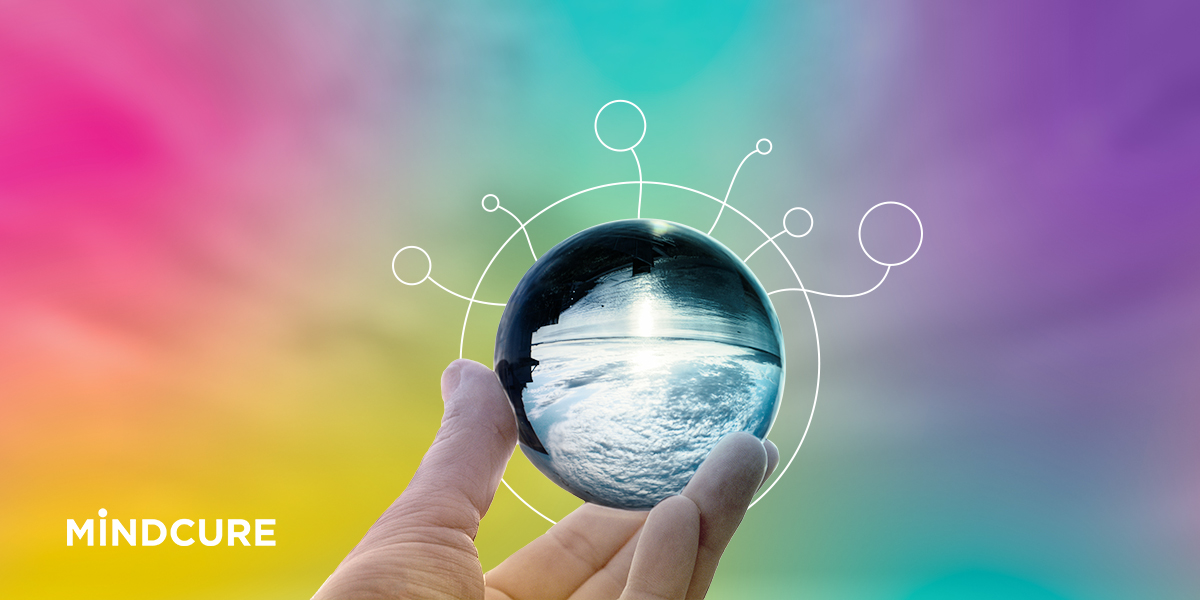 Death can be a scary concept for many. The fear of the unknown keeps death a taboo topic, affecting how we prepare for the big transition and how we live our lives. But as an inevitability, it’s something we need to learn to come to terms with.

Of course, death has many associations. There’s the obvious, actual death, the little death experienced after sex, and finally ego-death (which supplies a time for rebirth and transcendence). From helping individuals confront their fears of dying, to helping individuals confront sexual issues and achieve orgasm, to creating new beginnings for individuals on mental health or spiritual journeys, research and clinical studies are proving that strong doses of psychedelic substances like DMT, ibogaine, psilocybin, and MDMA are incredibly powerful tools.

Since the 1960s, psychedelics have been studied and used to help treat patients for anxiety, depression, PTSD, and other treatment-resistant disorders. Due to the criminalization of psychedelic substances, these studies became dormant, and we lost years of research and growth in the field of psychedelic-assisted therapy. In the last 10 years, the rebirth of psychedelic-assisted therapy has once again brought out positive responses to treating mental health disorders. More and more research is being conducted to show how psychedelics can not only help people achieve ego death but feel more at peace with actual death.

And thanks to new technology, scientists, therapists, psychologists, and clinicians are able to record the effects of these substances in new ways using brain mapping technologies like functional magnetic resonance imaging (fMRI).

Read on to learn more about how psychedelics can help patients move towards death, improve life and sex lives, and change their mindsets for the better.

Psychedelics aren’t known to actually bring on the “little death” but they have been found to help people heal from sexual trauma, make sex better, and increase low libido.

What is this little death we speak of? It’s a french expression (la petite mort) that refers to the brief loss or weakening of consciousness after sex — that post-orgasm fatigue.

In a Vice article, New York psychologist, Neal Goldsmith, discusses how psychedelics enhance sexual experiences, saying it can be more “emotional, visceral, hormonal, or psychological.” For example, psychedelic substances like magic mushrooms and LSD enhance your sense of touch. Substances like MDMA, in particular, help to facilitate positive connections with another person by promoting the release of hormones like oxytocin and prolactin, which open pathways in the brain for trust and bonding.

MDMA also reduces activity in the amygdala, which regulates fear. This, Goldsmith says, is how MDMA can help patients who have suffered from sexual trauma. They’re able to “overcome the pain of their experience, and therefore engage in safe, consensual, and enjoyable sex.”

The growing use and acceptance of psychedelic-assisted therapy towards issues like trauma and low libido have allowed patients to become more open to discussing traumatic experiences, thus allowing them to explore and increase their sexual appetite.

It sounds like everyone could use a little death.

One of the greatest trials in psychedelic-assisted treatment that are currently being conducted and proven effective is the use of psychedelic substances to help people deal with major anxiety and depression related to diagnoses of terminal illnesses.

Research that began in the 1950s and ‘60s, showed the major potential for psychedelic substances to alleviate depression and suffering associated with terminal illnesses. Cancer, for example, is one of the leading causes of global morbidity and mortality. And, psychological and existential suffering is common among cancer patients, due to poor psychiatric and medical outcomes.

With the revival of this research on cancer or other terminally ill patients dealing with end-of-life anxiety, recent studies have demonstrated the safety and efficacy of these substances when administered in a safe environment.

In a study completed in Oregon, research showed that most terminally ill people who obtained prescriptions to intentionally end their lives were motivated by non-physical suffering. In an article titled, Taking Psychedelics Seriously, Ira Byock urges, “Given the prevalence of persistent suffering and growing acceptance of physician-hastened death as a medical response, it is time to revisit the legitimate therapeutic use of psychedelics.”

Just one session with psilocybin has been shown to provide substantial and sustained results in patients with terminal diagnoses or end-of-life anxiety.

A randomized controlled trial of psilocybin-assisted psychotherapy for patients with cancer led to “reconciliations with death, an acknowledgment of cancer’s place in life, and emotional uncoupling from cancer.” Participants made “spiritual or religious interpretations of their experience, and the psilocybin therapy helped facilitate a felt reconnection to life, a reclaiming of presence, and greater confidence in the face of cancer recurrence.”

One article combined the research from psychedelic-administered clinical trials between 1960-2018 to prove the effectiveness of these substances. The authors summarized their findings, stating that, “psychedelic-assisted treatment can produce rapid, robust, and sustained improvements in cancer-related psychological and existential distress.”

The Death of the Ego

There is a lot that goes into understanding ego death. It begins with asking yourself, “what if your thoughts, feelings, ideas, and opinions were never really yours?”

In the article, Why We Strive For Ego Death with Psychedelics, author Xavier Francuski discusses the idea that every single present part of you has been built by a series of collected beliefs, attitudes, fears, desires, and teachings throughout your life. Our ego, he says, is what we know and who we believe ourselves to be – and it’s incredibly hard to separate ourselves from this.

But underneath all of this, is a mystical, undefinable entity, referred to as the soul.

Ego death (also known as ego dissolution and ego loss) is defined as, “the shedding of individual ideologies, mindsets, and attitudes, becoming enlightened and one with the world.” Ego death transcends multiple experiences, helping to heal spirituality and cleanse the soul. In this state, all we know about ourselves disappears and we are left believing that who we are no longer exists.

Francuski compares complete ego death with nirvana – "freeing the soul from desire and the causes of suffering, achieving omniscience, and living in accordance with the basic truths of existence." But even Nirvana, he argues, is tethered to the realm of humans.

Meditation and mindfulness techniques have also been found to help shed layers of ego. But the most ubiquitous way that one might attain ego death is with psychedelics.

Ego death is a key feature of the psychedelic experience. In recent history, clinicians that study ego dissolution created the Ego Dissolution Inventory, a questionnaire that allows for a psychometric structure that measures ego death. In a massive study that had 691 participants complete the EDI with psychedelics, cocaine, and alcohol, findings confirmed a close relationship between ego-dissolution and the psychedelic experience. It concludes that the confirmation of the EDI will help to facilitate further studies of the neuronal correlates of ego-dissolution, relevant for psychedelic-assisted therapy.

Ego death can have a powerful and positive effect on mental health. In a recent study on ego dissolution, researchers at Maastricht University examined people before and after drinking ayahuasca in a ceremonial setting. The researchers discovered that positive emotion, satisfaction with life, and mindfulness abilities were “significantly related to the level of ego dissolution experienced during the ayahuasca ceremony”.

In an article for the BCC, a woman who participated in a DMT study stated, "It’s probably the most intense experience I’ve had. The sense that birth and death were just a transformation rather than an end was something that felt true.”

Ego death has been shown to reap positive effects when paired with psychedelic therapy. But like all psychedelic therapy work, it’s up to the client to take this insight and new perspective and actively integrate it into his or her life. “Ego death is just the beginning; the rebirth is the real journey.”