The LGBTQI+ Community Has Been Excluded from Psychedelic Research, But That May Be Changing

We look at the relationship LGBTQAI+ community and traditional therapy and how psychedelic healing is being reclaimed as a way of embracing the self and owning sexuality. What does the future of psychedelic therapy offer this community? How can we trust science to continue on its path to inclusion? 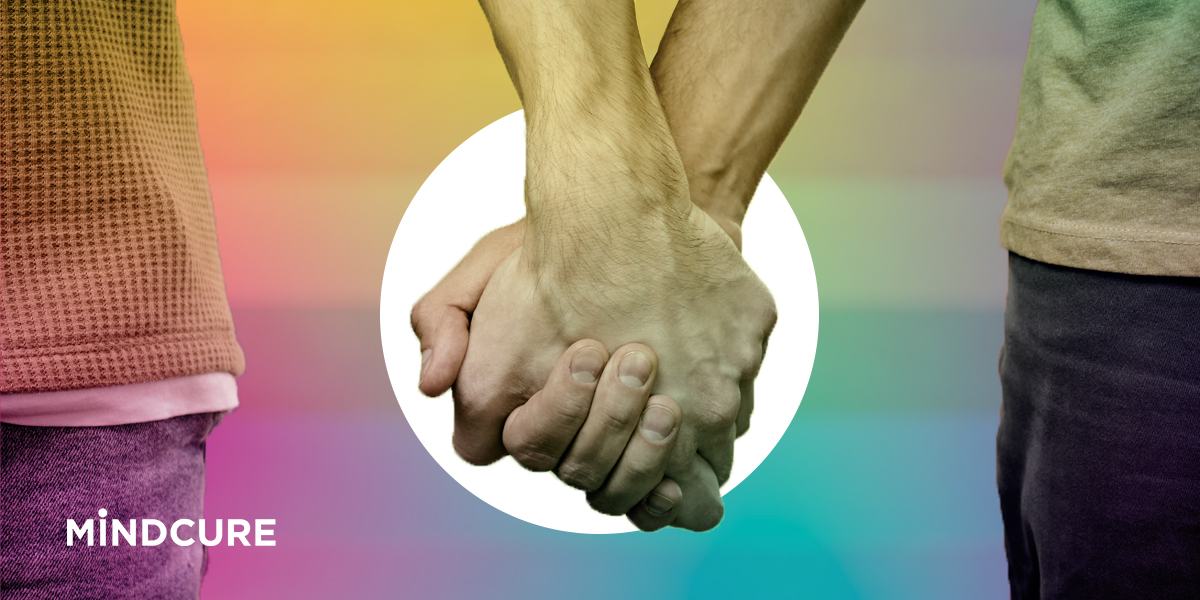 Let's take a trip down memory lane. The year is 1969. Nixon is president, homosexuality is a criminal offence, and Charles Manson is on the loose. But hey, it's not all bad. Homosexuals can now legally order alcohol in New York state (note my sarcasm).

But there also aren't many bars willing to serve gays, despite said new legal status. Meanwhile, expensive liquor licenses complicate the matter all the more.

Enter the Stonewall Inn. Frequent host to all the bells and whistles you'd expect in a Hollywood movie: New York, mafia, and police raids.

It's June 28, and police officers have arrived (yet again) at the Stonewall Inn to investigate potential illegal liquor sales. And guess who in the bar they targeted for arrest? The cross-dressing staff and patrons. It seems this wasn't about alcohol at all. I have to wonder if the officers were busy counting how many cross-dressing items each arrested individual was wearing. After all, per Masquerade Law, it was illegal to wear more than three items of gender-inappropriate clothing.

That night, as word spread across the city, protesters gathered in the thousands. These protests would continue over the next week. On the same day, one year later, the first Pride march took place in New York City to commemorate the Stonewall Uprising. The rally evolved into Gay Pride Day, and over time became the month-long celebration of events and commemoration we recognize this month.

So here we are, back in the present discussing some ugly truths about the exclusion of the LGBTQI+ community in society and psychedelic research, as well as to present compelling reasons for hope. But let me first say, such reflection should never reside exclusively within a single month: this is a 365-day affair, folks.

LGBTQI+ Left Out of Psychedelic Research

"Sometimes we drug ourselves with dreams of new ideas. The head will save us. The brain alone will set us free." — Audre Lorde, Sister Outsider: Essays and Speeches, 1984

Social inequities aren't erased via recognition or parades. While Pride Month opened more opportunities for diversity celebrations, our past remains like an object in our rearview mirror. Sure, time goes on, but the ugly memory lane appears to be closer than the years that separate it from our present.

Not all that long ago, medical professionals used psychoactive agents as conversion therapy options. And LGBTQI+ folks were excluded from studies altogether.

"The promise of psychedelic-assisted therapy to address trauma may represent a unique hope for trans and gender diverse individuals," writes Jae Sevelius, PhD in Psychedelic-Assisted Therapy with Transgender and Gender Diverse Individuals. "However, trans and gender diverse people are vastly underrepresented in clinical research, and trials of psychedelic-assisted therapy have been no different. Generally speaking, data on gender identity beyond "male/female" is not collected in these studies."

Yet, according to the National Alliance on Mental Illness, sexual and gender minorities are three times more likely to experience mental health conditions like depression or generalized anxiety disorder.

"They're also significantly more likely to struggle with their relationship to substances," notes Shelby Hartman in Where are All the Queer People? "Twenty to thirty percent of LGBTQI+ individuals overuse alcohol, tobacco, and/or drugs relative to nine percent of the general population. Suicide is also the second leading cause of death among LGBTQI+ youth, ages 10 to 24."

Psychedelics & Progression into a Technicolor Future

"Once something is no longer illicit, punishable, pathologized, or used as lawful basis for raw discrimination or acts of violence, that phenomenon will no longer be able to represent or deliver on subversion, the subcultural, the underground, the fringe, in the same way" ― Maggie Nelson, The Argonauts

Psychedelics are proving more and more to be tools for healing. And while this was the goal from the very start, perhaps our definition of healing is what's developed the most. Both MDMA and psilocybin have been scientifically proven to have positive effects in the treatment of PTSD. And while both are in the process of FDA approval for PTSD treatment, the term remains generalized. Who qualifies for PTSD treatment and legal psychedelic use?

Research associated with the LGBTQI+ community remains limited — and often anecdotal. But there's change on the horizon with LGBTQI+ focused doctors expanding the exploration of treatments, like drug researcher Terence Ching, who personally benefited from MDMA to embrace his sexual identity. For him, and oh-so-many, what these drugs do best is help one better understand one's identity.

"Psychedelics are like a cheat code in that they can show you what it's like to live your true self," writes Ivy Zmuda in her post Unlocking the Closet Door Through Psychedelics. "I believe psychedelics do tend to follow a similar law to those of thermodynamics, in that they don't create thoughts or ideas, but bring them into focus."

Psilocybin brought Ivy in touch with herself to admit and accept her gender; each trip was a way to reveal her truth further. Thankfully, experiences like hers are now getting scientific accreditation: "Psychedelic therapy can reduce identity threat and decrease its negative impact by allowing the client to heal and release internalized transphobia," writes Jae Sevelius, PhD.

"I had never taken a psychedelic before and had no idea what to expect," writes Rae Nieves. "The trip accelerated a journey toward self-acceptance that could have taken years," Nieves admits she'd have most likely come to the realization she was gay on her own time, but thanks psychedelics for speeding up the process. It's stories like hers that excite me for the psychedelic field's future — for moving anecdotes into the lab so we can back them up and expand their therapeutic use beyond PTSD, and ultimately, into the hands of more people who may benefit.

We're moving. We're progressing. Not nearly fast enough, but it's a trip we're taking and one where psychedelic therapy can help us along. I love the following quote by Bia Labate, anthropologist and executive director of Chacruna Institute for Psychedelic Plant Medicines, as reported in How Psychedelics Help with Gender Identity and Transition. "Psychedelics can help you revisit your definitions of self and your relationship to others and the universe." And the reason I love this quote is that it addresses the journey to understand one's place in the universe — and that, my friends, no matter which color we identify within the rainbow's spectrum, is universal. 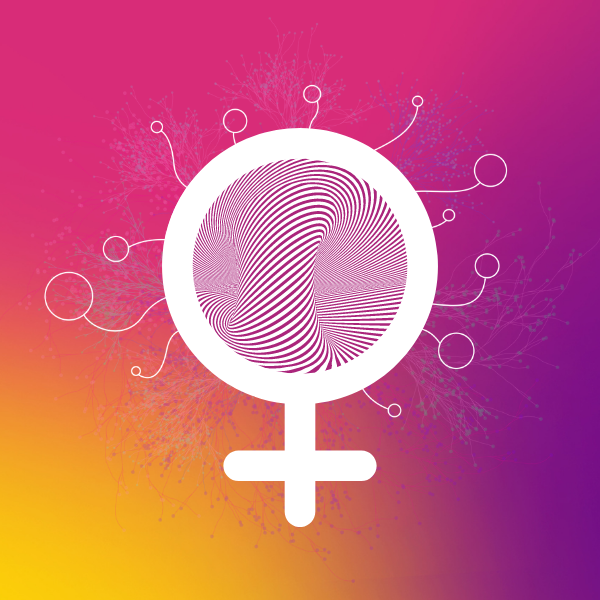 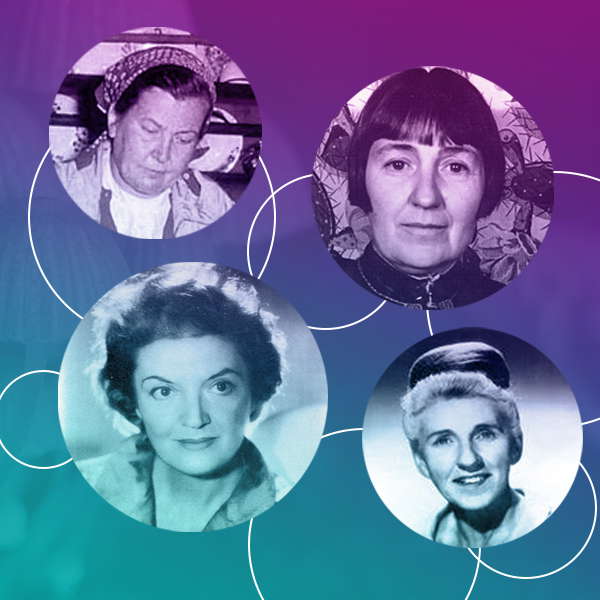 The Female Pioneers of Psychedelics