T‍he Psychedelics Industry Is Not Cannabis

The Psychedelics industry doesn’t aim to copy the cannabis industry. Psychedelics are taking their own route to market for the best results for investors and patients 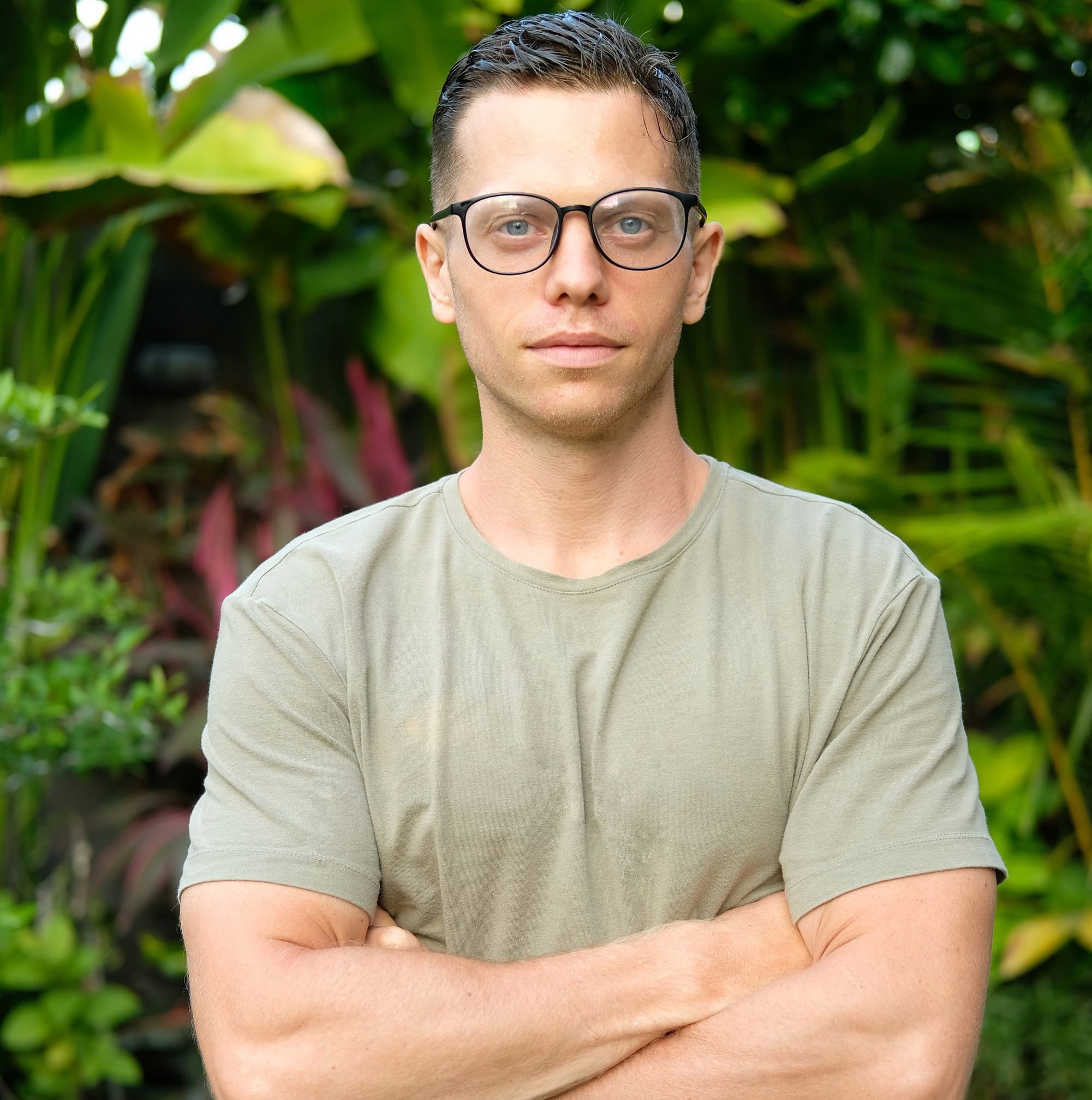 Gilly is a freelance writer who specializes primarily in addiction. His interests include spirituality, wellness, and two-wheeled travel. Gilly's bucket list includes riding across the Himalayas and meeting the Dalai Llama. 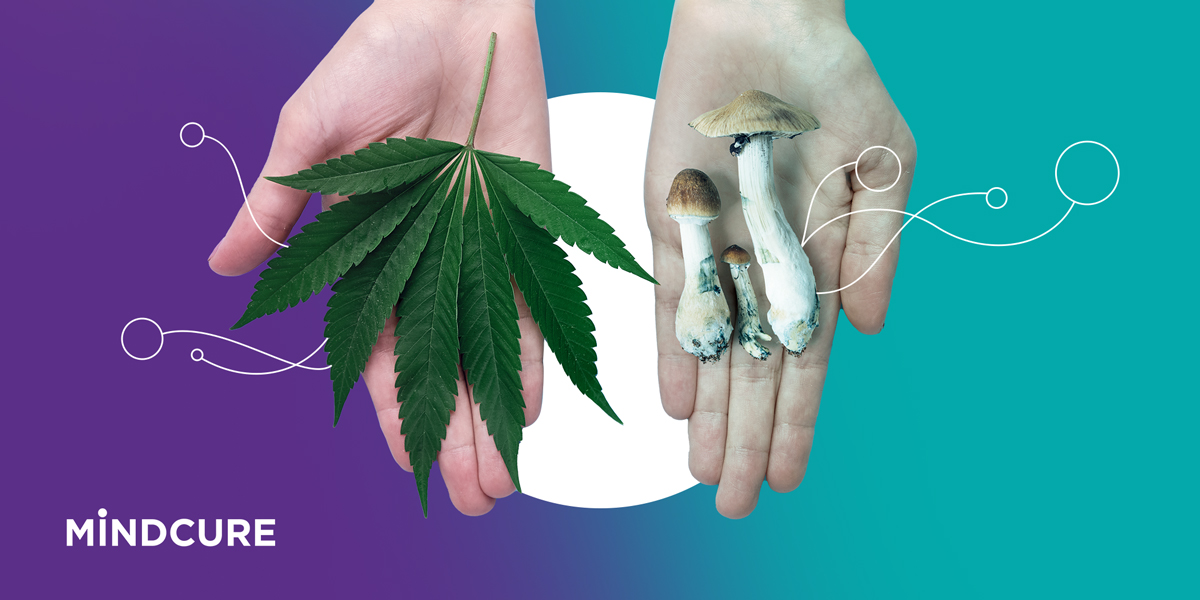 These are exciting times for the psychedelics industry. A shift in public consensus, increasing funding for research, greater acceptance in the political landscape, and ongoing law changes are factors contributing to growing optimism for the future of psychedelic technologies in the healthcare market.

Where psychedelics are becoming decriminalized in various US states, investors need to understand the intentions of psychedelic research companies and how regulations play an important role.

An Overview of the Psychedelic Landscape

Psychedelics are proving to treat a range of conditions including depression, post-traumatic stress disorder (PTSD), anxiety disorders, substance abuse disorder, alcohol use disorder, and others. These medicines stand out as superior alternatives to traditional methods of treatment like anti-depressants due to relatively low incidence of side-effects, broad therapeutic potential, and the ability to produce “sustained therapeutic effects following a single administration,” even in conditions where traditional medicines are not effective.

The FDA has now given psilocybin and MDMA “breakthrough therapy status,” which fast-tracks them on the road to legality as medicines for mental health. Other psychedelics are set to follow.

Globally, the mental disorder drugs market was worth $36.77 billion in 2020 and is estimated to reach $58.91 billion by 2031. Psychedelics will also begin to play an important role in the cognition and repair market, which in 2023 could reach $6.5 billion.

The opioid crisis, which has been devastating communities and destroying lives around the world, has worsened worldwide amidst the COVID-19 pandemic. It has, in turn, provoked a treatment industry worth $38.2B this year, with an estimated 5.2% growth in annual revenues. While some treatment options have been somewhat effective in treating addiction, relapse rates still remain high.

Psychedelics can help here, too. Drugs like ibogaine have been found to be powerful in reducing opioid withdrawal symptoms and reducing relapse rates in dependent individuals. However, the natural source from which ibogaine is derived has a high natural variability, meaning that dosing is difficult.

MINDCURE attempts to correct for these issues by manufacturing pharmaceutical grade ibogaine and using it to identify mechanisms of action and expectations, understand cognitive benefits, measure cardiotoxicity and adverse effects, and establish safety measures, dosing, and methods of administration. This will lead to products that will be suitable for widespread use in the treatment of mental health, addiction, and various other challenges.

So, if psychedelics have so much promise in treating so many conditions, why are the stocks of psychedelics companies performing so poorly, while those of cannabis enterprises have been following an upward trend for years? Has something gone wrong?

Psychedelics and cannabis have both been used for thousands of years for medical, recreational, and spiritual purposes. The first recorded usage of cannabis for medicinal purposes dates back 5000 years to the reign of the Chinese Emperor Chen Nung.

A research article recently published in the Proceedings of the National Academy of Sciences of the United States of America presented evidence of the use of multiple psychedelic drugs in South America, dating back 1000 years. Their findings detail a bundle that contained organic residues of psychoactive substances, including two of the primary ingredients found in Ayahuasca.

Both cannabis and psychedelics faced decades of backlash following their widespread usage among young people. In 1968, following years of recreational and consciousness expansion use by the counterculture movement, LSD and other hallucinogens were classified as scheduled drugs in Canada and the US, meaning they were deemed to have a “high potential for abuse and no accepted medical use.”

Cannabis was given a Schedule I classification in the US two years later, under the Controlled Substances Act 1970. In Canada, already existent punitive policies for cannabis were used more often, with arrests for cannabis sky-rocketing from 21 in 1960 to 50,000 in 1972.

In 1996, a federal appropriations rider created another obstacle by prohibiting “any activity that promotes the legalization of any drug or other substance included in schedule I.”

The turn of the millennium saw a renewed interest in psychedelics, and research into psilocybin and other psychedelics once again increased. This swing has been matched by an increase in the number of articles published on cannabis, which saw a ninefold increase between 2000 and 2018.

The similarities end there though. When it comes to the different intended usages that the cannabis industry and psychedelics industries have for their products, the story is very different. While cannabis has been shown to have a whole host of medical benefits, its usage in the US and Canada is primarily recreational, with only a small percentage of cannabis bought for medical use.

Psychedelics companies, on the other hand, have incredible medical potential, that would be disrupted by a recreational pathway. Governments are listening and are beginning to relax regulations to assist medical use. Recently, the Canadian government added psychedelics to the Special Access Program, which allows medical professionals access to non-marketed drugs and medical devices that are not yet authorized for sale in Canada.

Kelsey Ramsden, Co-founder and CEO of MINDCURE, highlighted the importance of this, stating:

“For emergency patients, this news means gaining access to life-changing mental health care. This can be truly transformative for both the patient in their ability to live out their last days, as well as for their families and supporting communities … It confirms that leaders in Federal Health Policy acknowledge the promise of psychedelics. Assuming they will stay strong with implementing the emergency-only approvals, it confirms that we will not be going down the slippery slope of recreational use that cannabis saw, which resulted (for cannabis) in a lack of funding for true drug development and clinical research.”

The Success of the Cannabis Industry

Following the criminalization of both cannabis and psychedelics, cannabis was the first to see its fortunes reversed. Various relaxations in laws began in 1973, when Texas declared the possession of 4 ounces or less a misdemeanor, reduced from a felony. In the next decade, a handful of states decriminalized cannabis, with a couple passing legislation to allow limited use of medical cannabis.

Following increased pressure from the movement to legalize cannabis, medical cannabis began in earnest in 1996, as Californians voted for its legislation with Proposition 215. The following 15 years saw a trickling of states following suit, one or two each year.

In 2012, recreational cannabis began to follow the pattern of reform that medical cannabis had plotted, with a steady stream of states permitting its use.

Throughout the period of steady decriminalization, public opinion also developed. In 1969, just 12% of Americans favored cannabis legalization. Today, 67% believe that cannabis should be legal.

Research for cannabis has unfortunately been curtailed as cannabis is still illegal at a federal level. This means that options for researchers to source cannabis for their research are severely limited. Currently, only cannabis grown by the University of Mississippi, under contract with the National Institute on Drug Abuse (NIDA), may be used for research.

Frequent complaints are made about both the quality and potency of this cannabis, with researchers suggesting that the cannabis grown by the UoM is not representative of cannabis that is consumed by the population.

This is a problem that MINDCURE hopes to avoid with psychedelics, and as such, MINDCURE has been synthesizing pharmaceutical-grade ibogaine. Synthesis of this plant medicine in lab conditions is particularly important as iboga is a plant of concern, is indigenous to West Africa, and has natural variation that makes research and FDA approval challenging. The product that MINDCURE creates is ideal for the future of ibogaine research.

The story for psychedelic decriminalization has lagged behind cannabis (a little). The movement did not get started until 2010, the delay partly due to the taboo, condemnation, and criminalization of psychedelic substances following the counterculture movement of the ‘60s.

Oregon became the first state to decriminalize psychedelics in 2020, a notion introduced along with decriminalizing all drugs and legalizing the medical use of psilocybin mushrooms in supervised and licensed therapy sessions.

Since then, 13 cities across the US have deprioritized the policing of psilocybin mushrooms. The largest of these cities, Seattle, was partly inspired to act to reduce opioid-related deaths across the city, which has, like most of the US, been affected by the opioid epidemic.

California has been edging closer to the legalization of a number of different psychedelics with a proposed bill, SB519. It seems likely that this movement towards decriminalization will follow the same route that cannabis legalization took, with a steady stream of states and cities passing bills that decriminalize the use of psychedelics.

Activists for psychedelics are following the path to decriminalization along the same route that cannabis legalization took, by targeting local governments and affecting law changes on a small scale.

Polls indicate that public opinion is slowly moving towards the support of decriminalization, though still lagging behind the numbers of people in favor of cannabis decriminalization. This is likely due to the negative stigma and misunderstanding of psychedelic substances.

The psychedelics movement has been gaining increasing support from politicians, including from those who would traditionally have sided against their use.

The Future of Psychedelics

There has never been a time when psychedelics have been so desperately needed for the treatment of mental illnesses.

The COVID-19 pandemic brought with it a host of mental health problems. In the US, between June 2019 and January 2021, the percentage of adults reporting symptoms of an anxiety or depressive disorder rose from 11% to 41%, with similar figures being reported globally. At this point, it’s unclear how long the mental health ramifications of the pandemic will sustain.

The opioid epidemic, which has been affecting countries around the world and causing suffering and overdose deaths in its wake, shows no sign of curtailing. Current methods of treating addiction are clearly not working as they work to manage symptoms and pain, but don’t confront the root issues of addiction.

With the efficacy of psychedelics for treating these conditions already proven, clinical trials must work to obtain FDA approval. This will stand psychedelics in good stead to have punitive laws repealed.

As a leader in psychedelics, MINDCURE recognizes the value of the iboga plant as a rare and diminishing resource. Our sustainable approach to manufacturing synthetic ibogaine enables us to provide approved research partners and treatment facilities with access to a safe, reliable, and efficacious supply to help drive toward and create better treatment outcomes without further endangering the iboga plant.

MINDCURE is not just a psychedelics company. More broadly, it’s a company that creates solutions to address societies’ mental health problems. In 2021, MINDCURE launched the beta version of its iSTRYM technology, a powerful digital therapeutic which leverages technology as a medicine, capturing and analyzing data of patients, and generating new mental health insights for patients, therapists, and researchers. The commercial release of iSTRYM is projected for Q2 2022.

Looking toward a bold future, MINDCURE is developing research into ibogaine and MDMA to address HSDD (Hypoactive Sexual Desire Disorder). The projected market size for this non-hormonal approach to the treatment of HSDD is $3.4 billion in 2026. 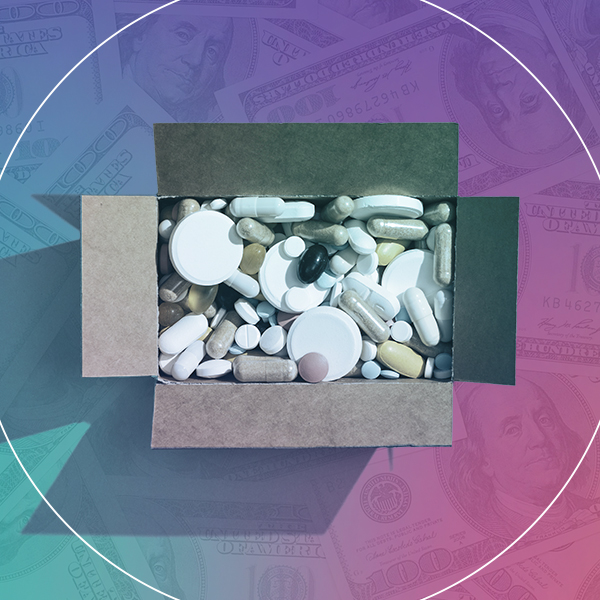 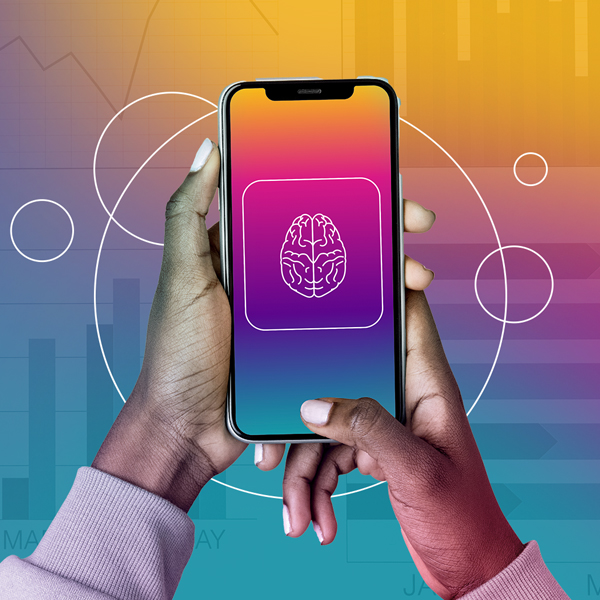 The Many Reasons to Invest in Wellness Tools