Hypoactive sexual desire disorder (HSDD) is one of the most common types of female sexual dysfunction that can affect women of all ages. Read on to learn more about fHSDD, its causes, and the current tools available to help. 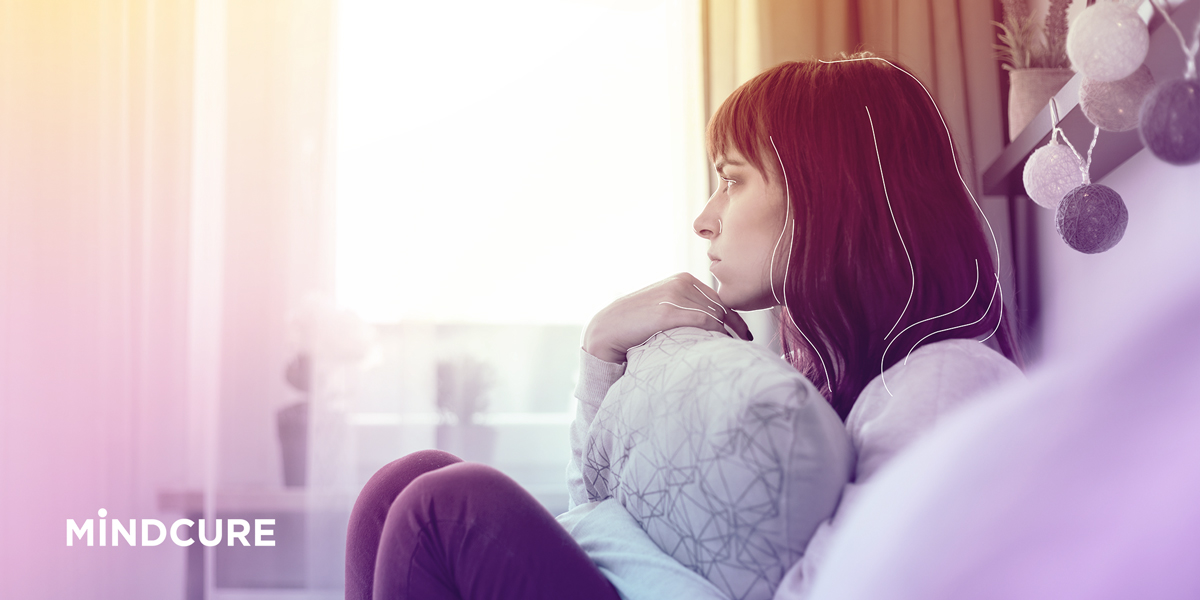 It’s estimated that Female Hypoactive Sexual Desire Disorder (or fHSDD) may occur in up to one-third of adult women in the US. But, it’s also likely that this is your first time coming across the term. Whether that’s because you’re simply blessed or the social stigma that sweeps women’s sexual issues under the rug, fHSDD is one of the most prevalent types of female sexual dysfunction.

It’s time we in the mental health industry begun opening up the conversation about female sexual desire and its connection to mental wellness. Here, we’ll cover the disorder, its causes, and the developing treatments.

fHSDD is defined as the “persistent or recurrent absence of sexual thoughts or fantasies and/or lack of desire for sexual activity that is associated with marked personal distress and/or interpersonal difficulties.” In order to fit the definition, it can’t be attributed to another primary disorder, medication, or general medical condition.

Due to the biopsychosocial complexity (a fancy way of saying it transverses biological, psychological, and social nuances) of female sexual desire and its impact on the quality of women’s lives, HSDD can greatly impact general well-being.

According to this article, a significantly greater number of women with HSDD reported dissatisfaction with their sex lives and relationship compared to women without decreased sexual desire. Moreover, women who suffer from HSDD also complained of several psychological consequences, such as personal feelings of concern, unhappiness, hopelessness, and anger, as well as loss of femininity and altered self-esteem.

fHSDD has only recently been recognized as a serious issue, perhaps as a consequence of the historic taboo surrounding female desires. Erectile dysfunction, however, has been a huge focus of the pharmaceutical and general medical health realm since the 1800s!

fHSDD was first identified around the 1970s, first as “frigidity” then as “inhibited sexual desire” (ISD) but both of these terms contained heavily influenced negative connotations.

HSDD didn’t enter the medical conversation until 1987 when ISD was revised in the DSM-III (the Diagnostic and Statistical Manual of Mental Disorders) as both HSDD and Sexual Aversion Disorder (SAD). It was during this revision that the DSM-III-R estimated that about 20% of the population had HSDD.

It wasn’t until much later (2013) when the DSM-5 was published that HSDD was again split into male HSDD and female HSDD. This was an important division according to psychologist Dr. Lori Brotto because, firstly, men report more intense and frequent sexual desire than women. HSDD also differentiates between women who lack desire before the onset of activity but are receptive to initiation, and women who never experience sexual arousal. Finally, it takes the variability in sexual desire into account.

Since its discovery, there has been a lot of criticism about desire disorders being a made-up issue for corporations to sell phony treatments. Many critics say that desire fluctuates naturally and can be affected by work-life and stress. While it’s normal for levels of desire to fluctuate, fHSDD refers to a decrease in sexual desire in women that isn’t connected to another issue like disorders or medications and which causes notable distress.

fHSDD can have various causes, often a combination of things. Its connection to mental health is claimed by professionals to be cyclical. For example, sexual problems can cause relationship strains, which can worsen the sexual problems. Depression may cause decreased desire, which then worsens the depression due to impaired self-image and sense of worth.

According to an article from Promedica, fHSDD has been linked to:

Despite its prevalence, women’s sexual desire disorders continue to be a highly under-researched and under-treated area of mental health care. The stigma surrounding female sexuality continues to limit access to sexual health discussions that lead to viable solutions. Current drugs offer only mild, temporary solutions without solving the problem directly.

What Are the Current Solutions for fHSDD?

In 2000, the FDA began issuing advice about treatments for fHSDD. While not specifically for HSDD, these tools included the Female Sexual Function Index and the revised Female Sexual Distress Scale, which yielded clinically valid information to help clinicians diagnose and provide treatment like therapy or sexual health practices.

The Decreased Sexual Desire Screener has also been heralded as a great step for clinicians to utilize when assessing women’s sexual health and whether there’s a need for further evaluation and treatment.

When it comes to pharmaceuticals, in 2019, the FDA approved Vyleesi (Bremelanotide) to treat acquired HSDD in premenopausal women. According to their website, Vyleesi works by activating melanocortin receptors in the brain that control mood and thinking. It’s injected under the skin of the abdomen or thigh at least 45 minutes before anticipated sexual activity.

Vyleesi has yet to be approved for women who suffer from HSDD in other categories like menopausal, and women who did not acquire HSDD. As it also only addresses the symptoms, not the cause, Vyleesi is not a viable long-term solution.

The Future of HSDD Treatment

At MINDCURE, we believe that sexual health contributes to overall well-being. Sex prompts the release of endorphins that influence mood, promote emotional intimacy, and ultimately impact certain relationships. HSDD represents 20-40% of women’s sexual problems, and due to its high prevalence and negative impact, primary care health professionals and women's health practitioners need better resources and information to treat and improve the lives of those living with this disorder.

But, much like the topic of psychedelics, female sexuality can be taboo and challenging to talk about. Patients may be reluctant or unwilling to initiate a discussion about their sexual concerns during routine visits. It’s not uncommon for women to believe there is no issue, that it’s normal, that it’s their fault, or that there’s no solution in sight. But, as HSDD becomes better established as a valid and treatable clinical entity, MINDCURE is committed to driving the conversation and the work toward developing efficacious treatments.

MINDCURE’s research into  fHSDD brings together a team of experts in sexual disorders and psychedelics to drive clinical outcomes and promote female sexual desire using MDMA.

Find out more about The Desire Project.