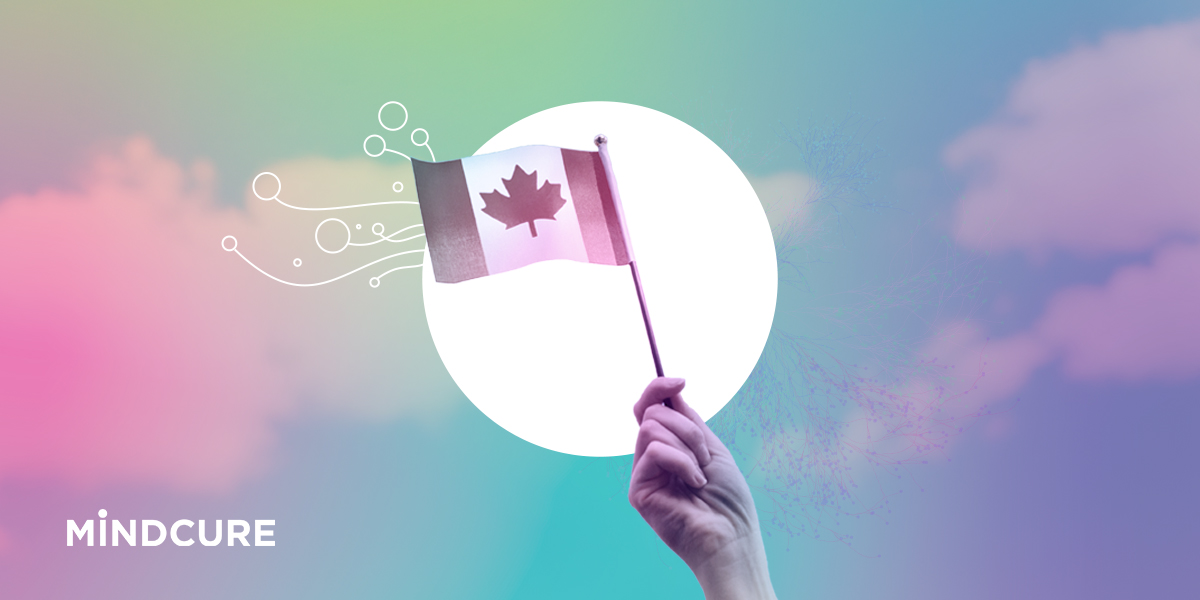 If you’re just getting involved in Canada’s psychedelics space, you’ve likely come across the words “section 56 exemption” at least once. This may not seem terribly exciting at first, but to researchers, clinicians, and people with terminal illnesses, it represents a gateway to change and broader treatment options.

Section 56: The Route for Legal Psychedelic Therapy in Canada

To get the general idea, a section 56 exemption can enable an approved medical professional to prescribe and even ingest select controlled substances without legal consequence, in order to better treat people with otherwise treatment-resistant conditions.

These exemptions are the first step toward achieving medical recognition for psychedelic substances, such as MDMA, psilocybin, LSD, and ibogaine that are being studied for use in psychedelic-assisted psychotherapy in Canada.

It’s easy to imagine laws and regulations as moral guidelines, set in stone. But, they’re not. When it comes to controlled substances that show incredible and unique potential in treating serious and often treatment-resistant conditions, researchers and clinicians are putting in the work to develop safety protocols and evidence of efficacy to gain medical and therapeutic recognition.

The professionals who want to use and explore these incredible substances have to first apply for a section 56 exemption through Health Canada.

It’s important to take a step back to understand the big picture and our current barriers. Before we explore the CDSA, its section 56 exemptions, and what that means for Canada’s health care industry, let’s try to understand how we got here.

Psychedelic research went on hiatus in the ‘70s following the US’ War on Drugs. The building tensions, escalating stigma, and need for drug control laid the foundation for regulations in Canada, which eventually developed into the CDSA we know today.

Drug control in Canada started way back in 1908 with the Opium Act. Leading up to 1923, cannabis, cocaine, morphine, and other opiates were added and prison sentences increased, as a way to combat black market drug sales.

As well, the Food and Drugs Act was established in 1920 to control the sale of acceptable drugs and health products.

From 1929 to the 1960s, Canada relied on the Opium and Narcotics Act for drug regulation.

The Narcotics Control Act took over from 1960–1990s, without really differentiating one drug from another. It was met with much contention and many attempts to decriminalize drugs, reduce consequences for possession, and reform drug policy.

Among these, Le Dain Commission recommended the gradual decriminalization of illicit drugs, but failed. Taking after America’s War on Drugs, Canada continued down the road of prohibition. This resulted in the Controlled Drugs and Substances Act (CDSA) in 1997, which consolidated the Narcotics Control Act and the Food and Drugs Act.

Thanks to regulation exemptions, we’ve seen a few progressions since then. Cannabis was first approved for terminally-ill patients in 1999, acknowledged for medical use in 2000, and gained legal status for recreational use in 2018.

Canada has a long history of controlling substances, but it's not alone in its moral rule over the masses. As a governing body, the Canadian Government has a responsibility to protect us from harm and minimize abuse. But are we able to actually break down and understand what makes some substances illegal? At least with psychedelics, the question is, are current regulations based on safety or confused morals?

A Quick Look Inside the CDSA

In the CDSA, controlled substances are scheduled based on their potential for harm and abuse, starting at schedule I (which includes psychedelics like ketamine and MDMA), schedule II, schedule III (which includes psilocybin, mescaline, LSD, and DMT), and so on. Ketamine is authorized for medical, scientific, or industrial purposes in Canada, but illegal to possess without authorization.

Since its debut, the CDSA has faced criticism around the scheduling of drugs, the severity of punishments, and the intentions of the act. Yet, it has remained relatively unchanged as Canada’s drug rule book.

However, section 56 of the CDSA allows for some wiggle room and implies hope for the future of how we understand, control, and use drugs.

In short, section 56 of the CDSA details the possible legal exemptions for all controlled substances.

According to Health Canada, an exemption enables researchers (physicians, veterinarians, and other researchers) to purchase, possess, and use a specified quantity of a controlled substance for research purposes that include in vitro utilization, administration to animals, and human clinical trials. Different application forms are required for different purposes, whether scientific purposes or clinical studies.

Section 56.1 states that the Minister may grant an exemption if it’s believed to be necessary for medical or scientific purposes, or in public interest.

Section 56.2 states that the supervisor at a supervised consumption site may offer alternative pharmaceutical therapy before administering a substance that is obtained in a manner not authorized under the CDSA.

How Does Section 56 Affect Psychedelic Therapy?

Psychedelic substances have offered cultures around the world opportunities for deeper insights, rebirth, and healing processes that were otherwise inaccessible.

Of course, section 56 isn’t specific to just psychedelic drugs. In fact, before 2018, practitioners required an exemption to prescribe, sell, provide, or administer methadone. That’s no longer the case, and an exemption is no longer necessary. According to Health Canada, amendments such as these can help give Canadians better access to treatment options.

That’s what’s fueling the optimism behind psychedelic-assisted therapy. Section 56 exemptions are giving physicians, therapists, and people with terminal illnesses access to psilocybin, MDMA, and other psychedelics for alternative treatment. Other cases include the ability for researchers to use psychedelics to understand their effects, a process that was used by the founding psychedelics researchers in the ‘40s-‘70s.

With the current renaissance of psychedelic research, as well as the disruption of the mental health space, organizations, investors, and lawmakers are being pushed to consider psychedelic substances to assist in psychotherapy. It’s a long-awaited breakthrough on the way to better treatments in Canada.